To Canada and Back – Spring Road Trip

This time of year a fair number of like minded paintball playing crazies like to make a trip to PRZ. It’s a paintball park/field located in Picton Ontario.

It’s a long drive, followed by camping out, cold nights, paintball and mud, followed with regaling each other with the days’ adventure and stories book-ended with a long and tired ride back home.

This year started off ominous with dire weather: High winds and freezing rain (in large amounts). Despite an internal debate and a fair amount of debating with each other about going, we (The four of us; Paul, Luke, Nish and myself) decided that the trip was going to be worth it – as it usually is – and was.

I fired up my in-reach Garmin as cell service for me is non-existent above the border and it gave me a chance to try it out. It mapped out our path perfectly – pinging every 10 minutes to a server and a map my family could follow along and even message me if they wished. 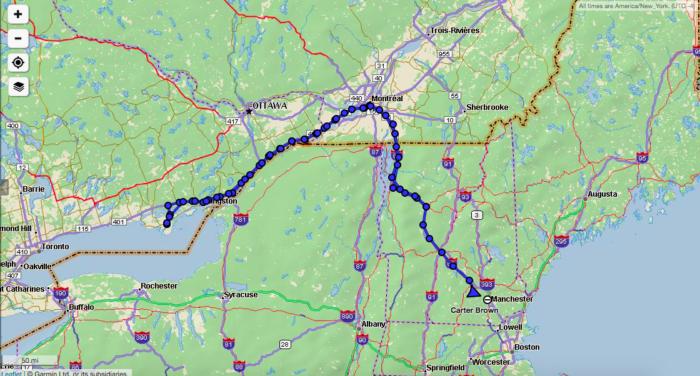 Friday: The long drive north. The border crossing was harder than normal with lots of questions about our travel being asked (more than I remembered) and they actually asked for our passports this time. The prior trip to Canada they only wanted the drivers license of driver and an insurance card for the vehicle.

… and it rained. Once there we assisted other friends with setting up a base camp. This consisted of pop-up tents with zip-tied tarps on the sides which allowed us to fire up some heaters and retain some heat, chat, and cook in peace. We have a couple “chefs” which allows us to eat like kings. 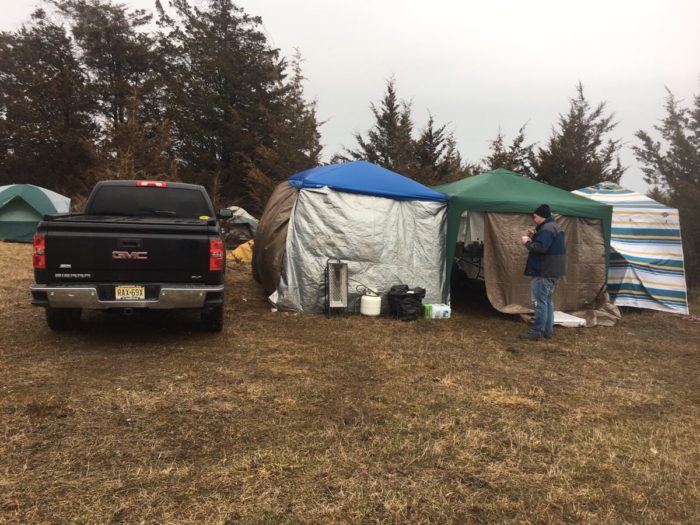 There was a break in the rain which allowed us to set up our tents before the dark set in.

That night the high winds picked up along with the freezing rain.

Saturday: We woke up to cold and a blown apart base camp. Everything was picked up and rearranged, tied down a little better and coffee was made. While I brought a 20 person percolator, we used the pot to make hot water and ran the coffee through a french coffee press and handed it out as needed. At this time the resident chefs worked their magic and made french toast and bacon. Now for some reason there was no Canadian maple syrup, but syrup from Vermont that had Spanish writing in it. Go figure… After eating our fill, 6 or 7 coffee presses and at least a couple cups of coffee each we needed to get ready for the day.

As the day moved on, the rain kept coming, the temperature dropped below 0 celsius and froze to everything. Despite this around 100 to 150 people showed up and got ready to play!

I regretfully don’t have much in the way of photos or video of the actual game play due the to high winds and freezing rain. It got hard enough to even walk around. I shot a handful of people and got shot out a handful of times. Every time I inserted (joined the game for a new round) I had a big smile on my face and was very glad to be there.

We cleaned up early afternoon and looked at the forecast. It called for even higher winds and copious amounts of freezing rain.

All we could do was take off the paintball gear, bundle up, hunker down, have a few drinks and have lunch. 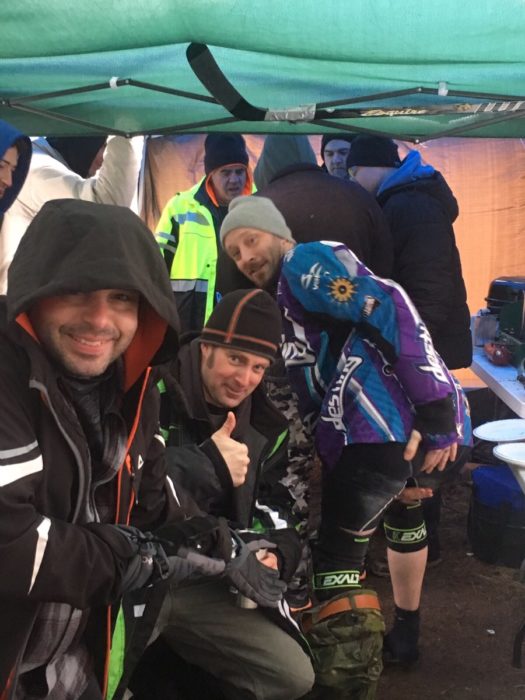 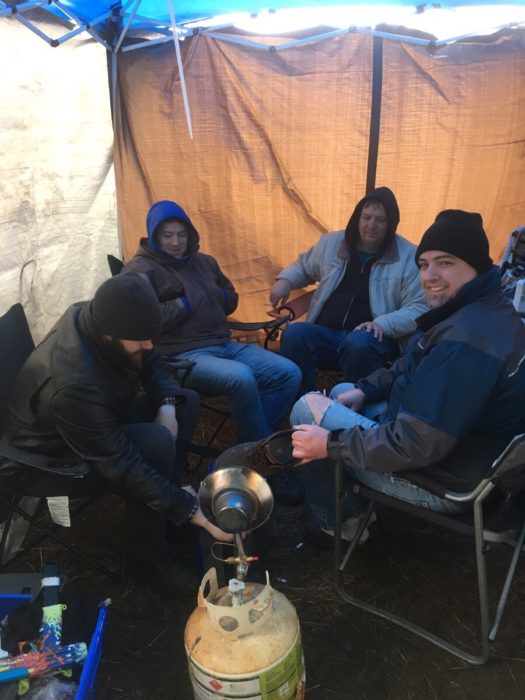 Sunday: There was no Sunday – unless you count the time we got home. Roughly 2 AM. We all left mid-afternoon on Saturday and fought the hard and slow ride home. Thank you to Paul for all the driving you did in horrible weather. His truck was clean before we started and this is how it looked with the road grime and freezing rain at a rest stop in Canada on the way home. 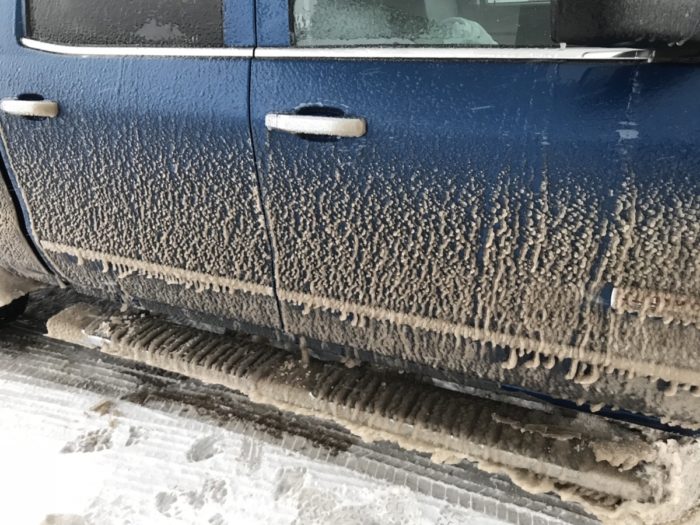 You can’t have an adventure when the outcome is guaranteed. We went into the unknown and into something that turned a great deal of fair-weathered friends away and left having a great time. All the fun and great time we had, far outweighed the bitter cold and hardships we went through with the winds trying to blow away our tents. I would do it again tomorrow…

Glad to see many of my friends again and we’ll do it again soon.

Own vs Rent – Here is the Math

Farm to Table – Just a Saying?