I have been wanting to try this cigar for quite some time now. It has been in my humidor staring back at me for the past six months, but the time was never right and it had not aged long enough. I like my cigars to sit at least for a little while after my purchase. It’s not that I am a snob, but I know my humidity is correct and win a cigar sits for at least six months under my protection I know it is going to be prime condition for smoking. It was time for this cigar to show me what it was made of. 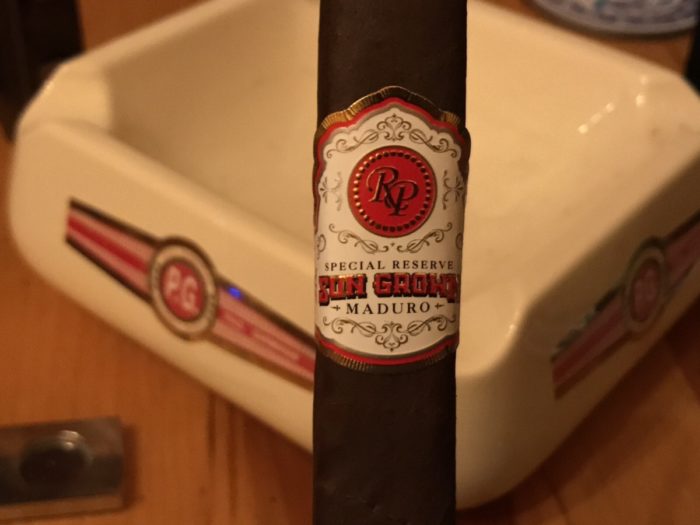 A long box pressed style cigar of dark but very smooth covered wrapper, this was made to impress. Now a wrapper can make any cigar look great but if you have shit filler, it’s going to taste just like that… like shit.

When you light a cigar you never get much flavor from the small puffs you make to help with the ignition, but it’s usually enough to know instantly if it’s going to be a good cigar or bad cigar.

The draw, the smell, the smoke and the taste on your tongue albeit slight upon those lighting puffs, you just know if it’s good. That was this such cigar. From the start, I knew I was going to enjoy it, and enjoy it, I did. 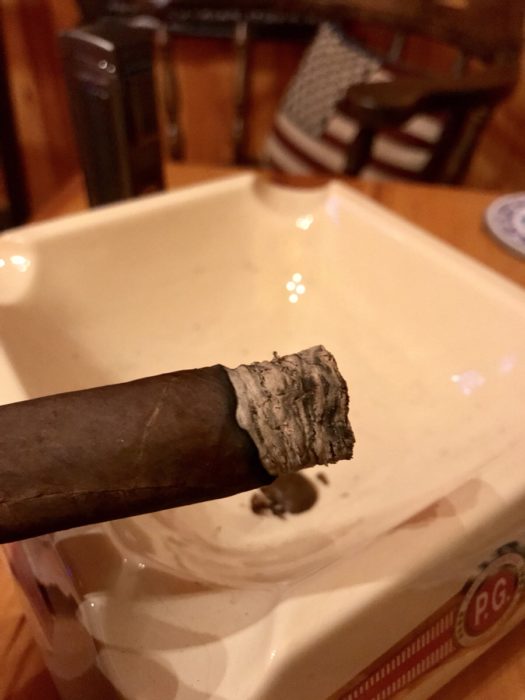 It was an extremely medium bodied cigar. That’s the best way I can describe. There was no lingering spice or any overt peppery notes I could detect but yet there was still something of substance so as not to be so light as to not be noticed.

I paired it with a double IPA, probably not the best choice but I find the strong hops to be a palette cleanser allowing me to fully enjoy the next puff.