Last weekend I made a pilgrimage to Albany Paintball Experience (aka APE) in New York.  There was a fairly large event for stock class paintball that was hosted there, filled with quality (both in playing and personalities) people who I like to be around.  There was also a raffle to raise money for another paintballing friend who was going through stage 4 cancer.  Almost $4000 was raised.  All in all a great showing.

I took the scenic route to get out there, over the “hog back” on route 9 in Vermont.  I prefer that way over I90 due to the stops I can make and the views such as going through this covered bridge in NH

As I get into Brattleboro, Vermont, there is this great store called the Vermont Country Deli.  If you ever get to go through there, please be sure to stop there.  No need to tell them I sent you.  They have no idea who I am.

Make sure you get their Seasame Chicken!  If you want a sandwich though, I recommend the Roundabout Russian.

Through Vermont you can stop in Bennington found on the other side of the state.  There is a great downtown home brewery to grab a growler.  Then just up the hill is the Bennington Memorial.

On my trip it was raining so I didn’t get out, but I parked to hang out and finish my sandwich there. 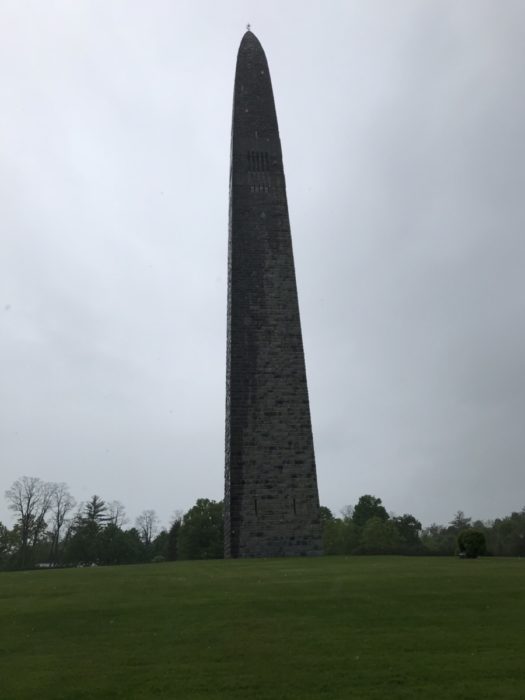 Once into New York you will go by the “Man of Kent”.  Yes, it looks like a hole in the wall.  But it is a must stop.  They have great food and a beer selection you will die to try.  Hundreds of beers.  No kidding.  Hundreds. 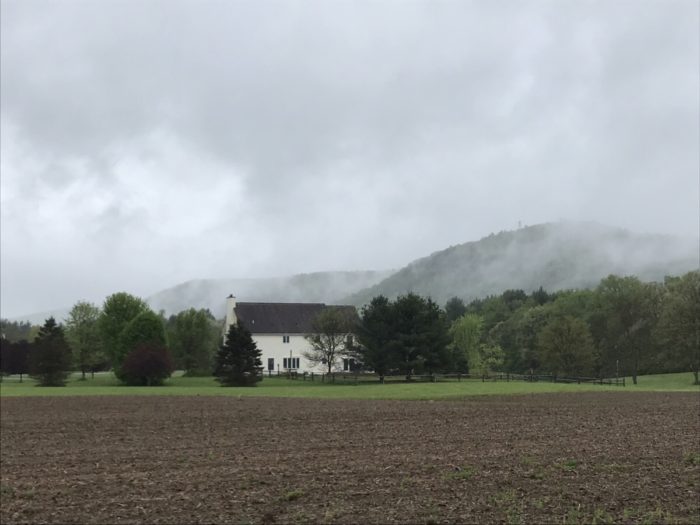 And with one final turn, made my way to our tent village – lined with camping tents and popups.

I set up my trusty Kelty Tent – Gunnison 2.3 – and was ready for a few drinks and some great food.

The day turned out to be nice as we rushed around trying to get ready.  Having some gun troubles, I missed the first game but quickly got in for the second.  I ended up using a PTP Sniper with a stock class feed and WGP Pump Slam Changer for the 12 grams 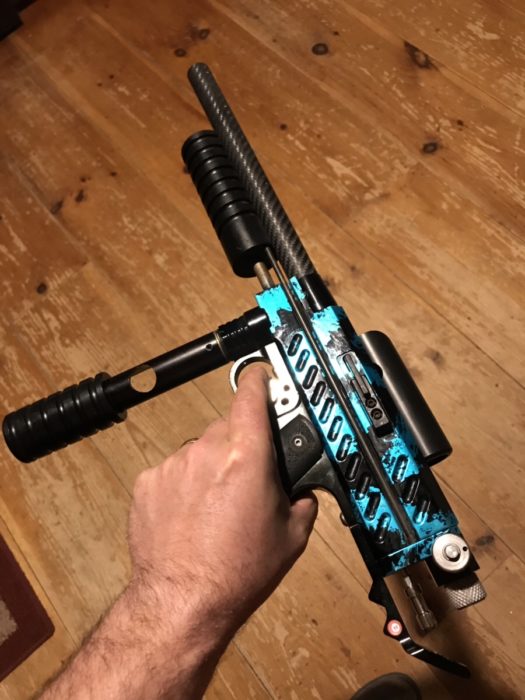 I brought the wrong paintball ball sizer – and trying to limit how much I brought, neglected to bring others.  My first few games were plagued with rollouts (when the ball just rolls out the front of your barrel) and missing shots.  I was having fun, but it was looking to be just one of those days – the type of days when you know nothing is going to go your way.  New gun, new field, everything just slightly awkward and off.

Then came the game of redemption.  The stars aligned, I watched the other team try to flank (try – they more or less succeeded in doing so) our left side.  But they pushed too far and instead of flanking us, they left open a gap behind them.  I swung in behind the other team and instead of trying to fight an unknown number, I decided to go for their flag station.

Sneaking in so far behind their station, I came in behind a single ref sitting and watching – his back to me – and one more player who was busy fending off more of my team.  As he (it was Rob, aka Mar) turned to retreat, I shot him in the chest.  The shot surprised both him and the ref, who jumped up from his seated position to see the commotion.  I ran up and grabbed the flag and headed back towards our base.

Thankfully a photographer was there to catch me in my glory. 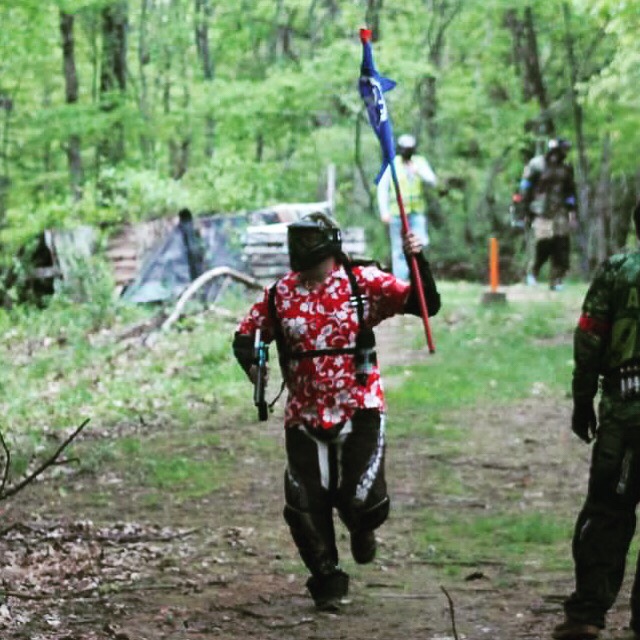 At this point, I was exhausted.  That and let’s be honest, I’m out of shape.  The fields at APE are really long and the person next to me in the photo in the green, about half way down I handed over the flag to him so I could follow behind and help with covering fire.  Long story short, we won the game.  I got to keep the flag and received this handy patch 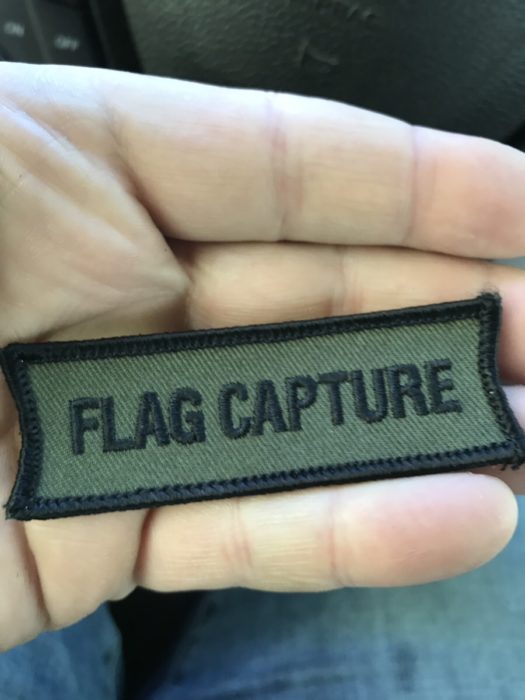 Great day with lots of great games and people.  Thankfully someone was smart enough to get everyone together for a group photo 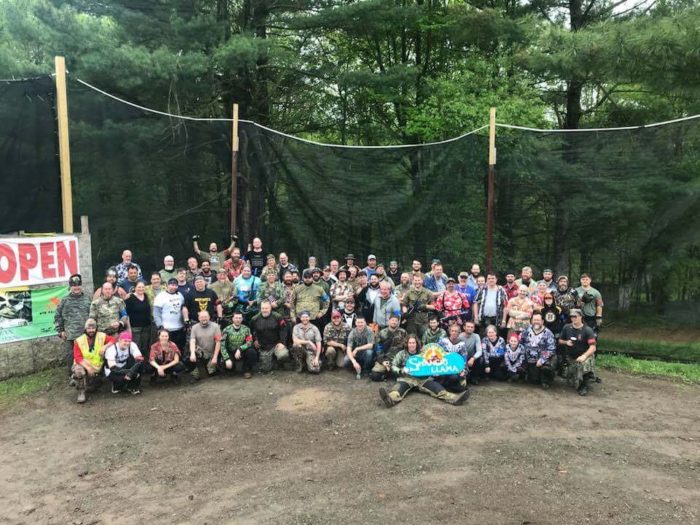 There’s a few more trips coming up and I will be attending more events this year.  I’ve already played more this year than in two years past.  The traveling for events has really turned the tide on my excitement (which was lacking prior) in paintball.  It’s the people that make the game.  If you go where the good people are, you’re sure to have a great time!