Picked up some Silver Laced Wyandotte chickens at my local hardware store.

You just KNOW your not living in the city when your local mom and pop hardware store is selling chickens!

They are growing fast too. Since the photo, I already have them in a larger box and you can see their feathers coming in nicely now.

Here’s why they’re supposed to look like fully grown: 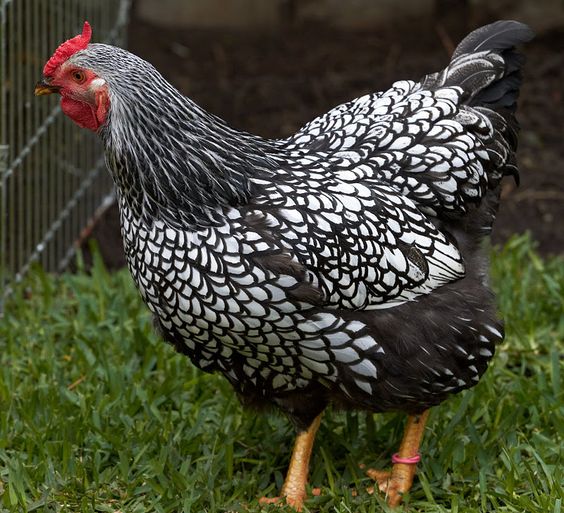 I was reading up on them:

The Wyandotte is a truly American breed, originally named after a native American tribe called the ‘Wendat’. The name was changed by settlers in the 19th Century. The very first Wyandotte was a Silver laced, bred in Wisconsin, USA. It remains one of the most popular and most attractive types. Wyandottes are good egg layers, providing around 200 eggs per year. Although they do prefer to be able to range, they can deal with having less land than most other large chicken breeds. Their feathers are loosely packed, which makes them look quite ‘fluffy’ and also helps them to deal very well with colder climates.

All good news! Especially about the colder climate. Now I’m not against a lot of free ranging, but my daughter isn’t a big fan. I’m going to try and split the difference by giving them a much larger pen area in the future, and letting them run around while I’m home and working outside.

Will update as they grow!